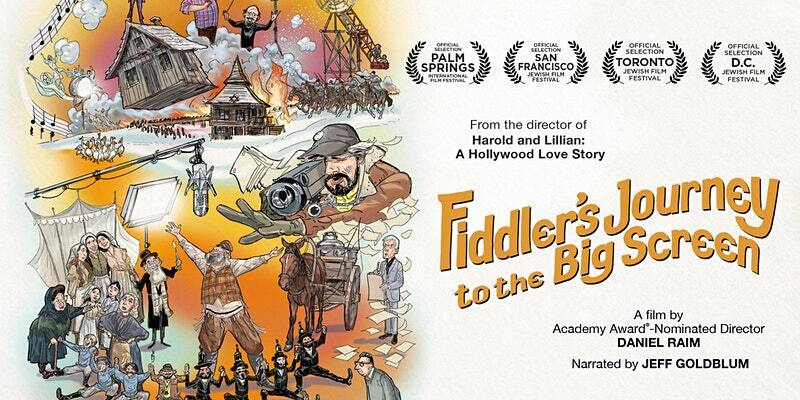 Tuesday, May 24 at 7PM
Light dinner will be served

In this riveting and joyous film, Oscar nominated filmmaker Daniel Raim captures the humor and drama of director Norman Jewison’s brilliant vision to recreate the lost world of Jewish life in Eastern Europe while telling a universal story about the importance of family and the fragility of tradition in his iconic musical Fiddler on the Roof. Narrated by Jeff Goldblum.