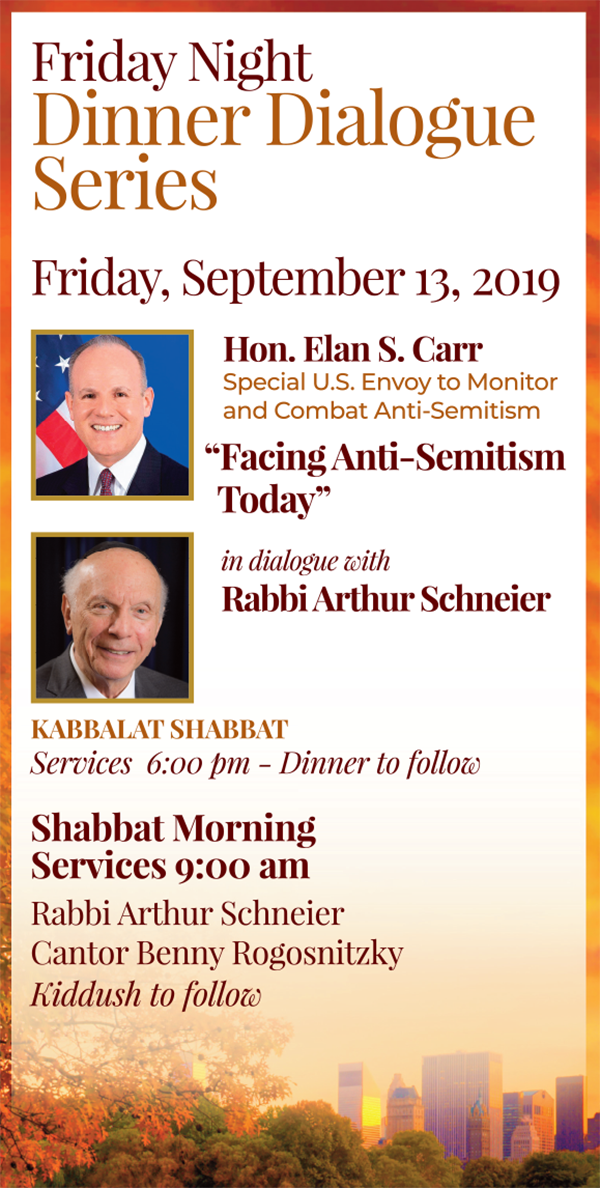 Hon. Elan S. Carr serves as the Special Envoy to Monitor and Combat Anti-Semitism. As Special Envoy, he advises the Secretary of State and is responsible for directing U.S. policies and projects aimed at countering anti-Semitism throughout the world.

Prior to his appointment, Special Envoy Carr served as a Deputy District Attorney for Los Angeles County, where he prosecuted violent crimes for more than a decade, including murders, rapes, hate crimes, and crimes involving some of the most notorious criminal street gangs in Southern California.

Special Envoy Carr is an officer in the United States Army Reserve, and he has received multiple awards and commendations for his nearly two decades of military service. In 2003-04, he deployed to Iraq in support of Operation Iraqi Freedom, where he led an anti-terrorism team in life-saving missions throughout the country and prosecuted terrorists who attacked U.S. troops. He also assisted efforts to establish an independent Iraqi judiciary and trained Iraqi judges and lawyers on constitutional law and criminal defense.

As the son of Iraqi Jewish refugees who fled persecution in Iraq, Special Envoy Carr speaks Hebrew and the Iraqi dialect of Arabic. While in Iraq, he met with remnants of the Jewish community there and led Jewish services in the former presidential palace of Saddam Hussein in Baghdad.

Special Envoy Carr was the international president of the Jewish fraternity Alpha Epsilon Pi, he served on the National Council of the American Israel Public Affairs Committee (AIPAC), he was a voting member of the Conference of Presidents of Major American Jewish Organizations, and he was a board member of Operation Gratitude. In the course of his work in the Jewish community, he has been a recognized leader in the fight against anti-Semitism on U.S. college campuses and around the world.