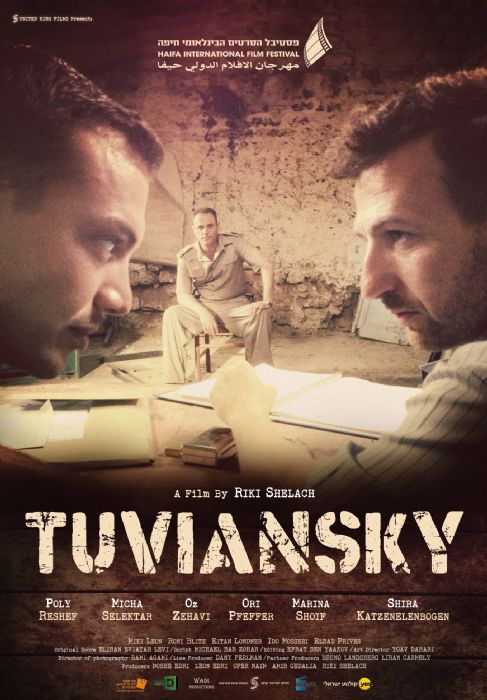 Wednesday, December 16, 2015
“Tuviansky”
7:00 PM Dinner and Movie
In 1948 Tuviansky, a captain in the Israeli army and a former major in the British army, was arrested. Within four hours he was interrogated, tried, sentenced, executed and his body was thrown into a pit in the ground.

Tuviansky was accused of treason because he had innocently supplied a list to his British boss at the power plant – a list of vital institutions whose power supply was not interrupted even during power cuts. The locations on the list had been shelled before Tuviansky passed the list to his boss. However, passing on the list was enough for the head of security in Jerusalem, a Major Glibly, to start an investigation
and in no time, to execute Tubianski.

A year later Tuviansky was found innocent. His executioners were then tried and moderately punished.