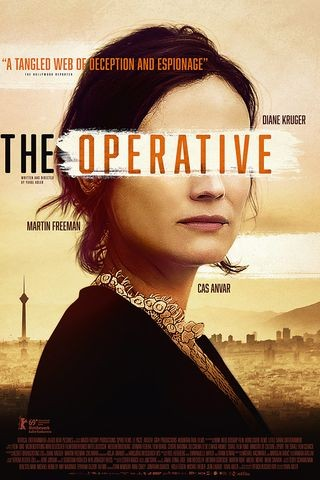 The Operative is a taut psychological thriller that follows the story of Rachel, a young Western woman (Diane Kruger) and a rogue spy recruited by  Israel’s feared national intelligence force, the Mossad to go undercover in Tehran where she becomes entangled in a complex triangle with her handler (Martin Freeman) and her subject (Cas Anvar). Based on former Israeli army Brigadier General Yiftach R. Atir’s book, The English Teacher, Yuval Adler’s The Operative” tells the story of Rachel as she participates in a spy program against Iran’s nuclear plans. Adapted to the screen by director Yuval Adler, the tension increases when Rachel suddenly vanishes without a trace while attending her father’s funeral in London.